I know, I know

Damn it, I sure picked the wrong week to fall off my blogging wagon. (I know, I know, it's been more like a few weeks....)
Consider it the start of my summer hiatus, where I drink coffee til noon and then move joyfully onto the booze.
And pray for the return of my energy and creative juices.
And an extra hour or two in the day.
Thankyouverymuch.
Posted by the rural rube at 7:47 PM 2 comments:

Well, that ends that dream.
For this year anyway.
It's about time that hockey is over anyway, isn't it? Quite honestly, it's starting to cut into my schedule. Those 5 pm games are a killer in terms of getting anything done that night. And having to sedate myself or get drunk every couple of nights really cut into training and any possibilities of running that Scotiabank Half Marathon on the 26th. And, really, having gone without shaving for 2 whole months hasn't fared well for my intimate life either.

(Seriously, the loss for me was way overshadowed by the events that followed. Maybe that was my defense mechanism to protect myself against actually feeling the true pain of our loss. In any case, it worked.)
Posted by the rural rube at 7:48 AM No comments:

Labels: I'd rather not think about the Canucks again until about October

In the spirit of the Stanley Cup finals, it's nice to see that the Canuck gals haven't lost their sexy appeal..... whilst keeping their shirts on at the same time! 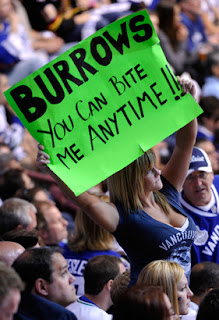 (and really...this girl does not need to expose herself completely. They're beautiful just the way they are.)
Posted by the rural rube at 9:33 AM 1 comment:

Labels: bite us, BOSTON, you're going down...


Damn it, it sure looks like, doesn't it?
At the end of the first period, there's a pushing and shoving match between a few different players. And Bergeron is claiming that he was bitten by Burrows.
Why-oh-why would you take a undisciplined cheap shot like this one, Burrows, if in fact you did? In Game One of the Stanley Cup finals? It was a 5 pm game; a bit early for your liking. Did the hunger pangs set in?
You just know they're reviewing it this second and will be sending out the suspension shortly.

With Burrows' hand up in front of his mouth like that, it's kinda hard to determine whether there's an actual biting that happens.  And Burrows DID serve a 4 minute penalty for that scrum. In fact, in a game full of penalties, and no love lost, maybe we just move forward and see where the rest of the series takes us.
And quite likely, a little bite on the finger through a glove will be the least of the damage.
Posted by the rural rube at 9:38 PM 1 comment:

And I Believe in Him 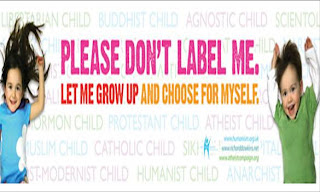 We're not a religious family. That's probably a bit of an understatement actually. When I first met B.Rube he often referred to me as "the anti-christ" due to my clear and decided opinion against Christianity. I am an atheist.

My girls are almost 7 and 5, and the discussion of God, church, religion or Jesus has not really come up yet. We talk a lot about our values of kindness, respect, understanding, love, patience, tolerance and acceptance, and have had to address the complicated issue of death. We've discussed things like 'doing unto others' and a belief in karma and fate.
Today on the way home from school, S.Rube read a church sign that we drove by, and asked what "Sunday School" was. Which led to a discussion about Christianity.

I gave them my brief, unbiased, and somewhat ignorant explanation of what Christianity was. (I'm certain that some of my good Christian friends are cringing at the thought of this.) I said that Christians believe that a few thousand years ago there was a man named Jesus who was a leader and who helped people. And Jesus died. And then he came back to Earth. And people believed in him and he believed in the people. And then he left again with a promise that he'd be back. And so today Christians believe that he'll come back at some point (not last Saturday!), and those that believe will get to go with him to Heaven and those who don't believe won't get to go. These people go to churches to pray together and they try to live by following Jesus' rules. Sunday School is where the kids go on Sunday mornings to learn more about Jesus and his beliefs. (Now, that wasn't too bad, was it??)

S.Rube then asked if I believed in Jesus and I told her: No, that I didn't believe in the whole story of Jesus, but that I didn't want to taint their beliefs with my own, and that when they were old enough to explore and understand it, they were always welcome to do so. I told her lots of people believe. 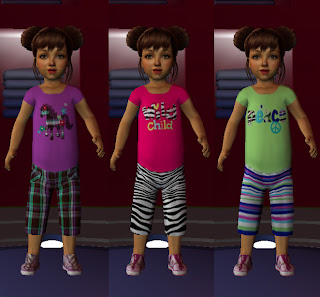 (Seriously. She may have a point about the capris.)

I sputtered a bit, trying not to laugh outright. Jesus and capris. 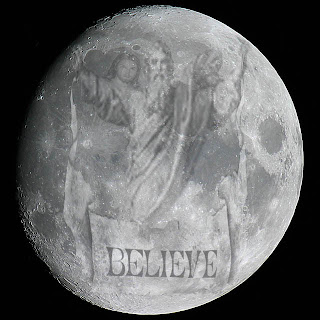 Labels: at least she'll go to the moon with some fashion sense
Older Posts Home
Subscribe to: Posts (Atom)
"A Rural Rube"and all of its contents are protected by copyright. In order to copy or use any of the entries or photos seen in the blog, please contact me at aruralrube@yahoo.com.
Copyright 2008 A Rural Rube

Posts from the Past

The Adventures of 2.Ho

Send an email to aruralrube@yahoo.com

The Boys About the Town